In 7.3 we are introducing an improved completion in the EiffelStudio editor. In addition to being able to see the feature name, feature signature, you will now be able to see the contracts of the routine as you can see in the screenshot below. 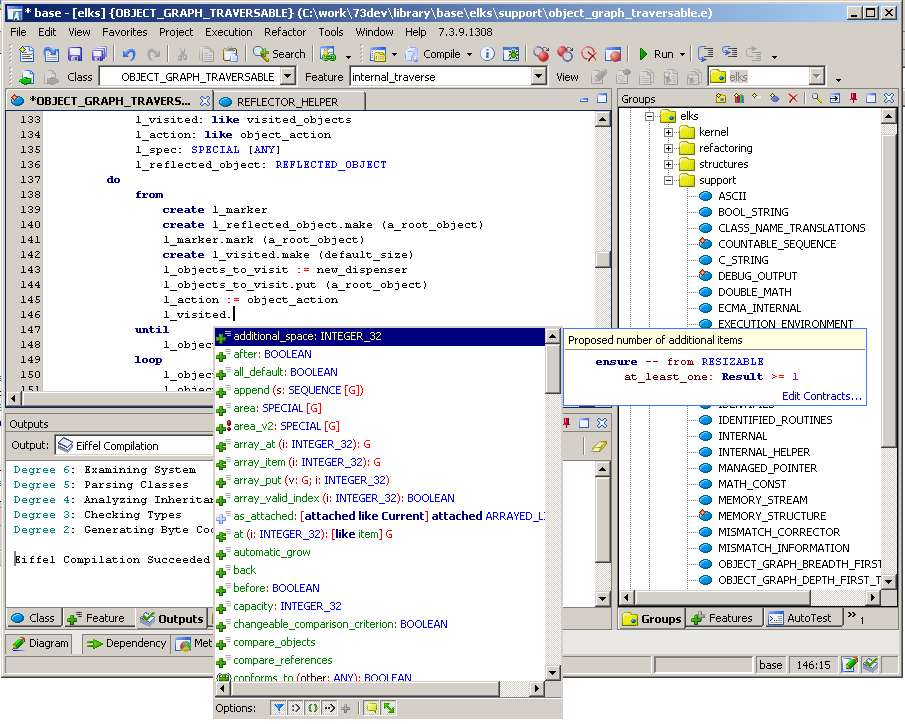 If you have any other suggestions we could do to improve the completion, let us know!