The export status is the class the feature is accessible for. Usually, this is for public features, or for implementation features, but you can specify any class here. 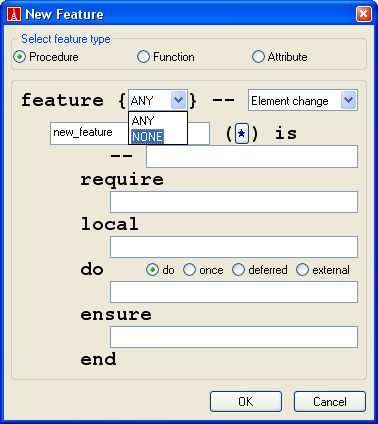 Note: In the class text, you can export a feature to more than one class but (for simplicity) not with this dialog. The code that is inserted in your class as a result of the selections made for the feature clause, is of the form:
feature {EXPORT} -- Clause name
except if you specified as export status, which has the same meaning as not specifying class names in the export status:
feature --Clause name