The contents of an existing project may be imported into the currently open project, permitting re-use of existing structures. All versions of EiffelBuild before 5.4 limited each project to a single titled window, with 5.4 removing this limitation. The ability to import multiple EiffelBuild projects into a single project is useful for maintaining larger systems with many windows.

To import the contents of an existing project, select 'Import Project' from the 'File' menu as illustrated below: 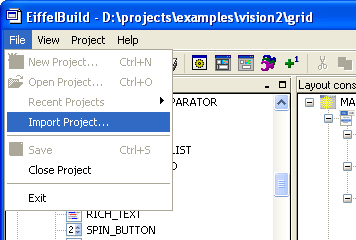 Upon completion of the import, there are two possible outcomes: 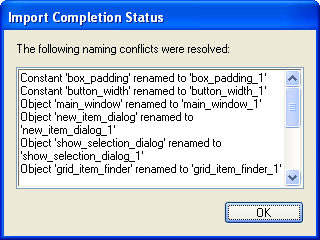 Note: If a name clash occurs, the names of the imported project are modified, not the open project.