This is where you can configure most general aspects of your target.

Here is what you will see when you switch to the target section in the project settings of the calculator example: 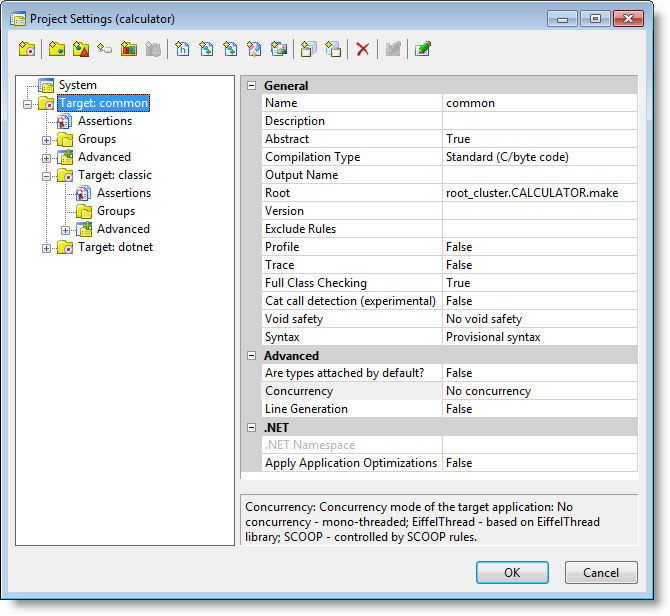 You can change the name of the target and give it a description. A target can be marked as abstract if it should not appear in the list of targets when opening a configuration.

If you want to change the root of your system, you will see a dialog like this:

The version dialog looks similar to this one: 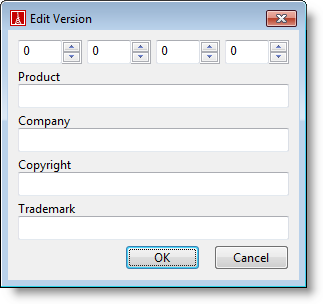 It allows a version number and some copyright information to be set. On .NET this information will be put into the generated assembly.

The Exclude Rules setting allows to define rules to exclude certain files from every cluster. This can be used to exclude CVS or SVN directories globally instead of excluding them on each cluster. The dialog looks like this: Exclude rules are regular expressions which are matched against directories and file names. The basic semantics are that everything is included that either does not match an exclude pattern or does match an include pattern. Matching is done against the path relative to the location of the cluster and / is used as a directory separator.

It is also possible to add conditions to a file rule (set of include and exclude file patterns). Adding conditions allows a file rule to be active only under certain conditions. The condition dialog looks like this: Conditioning possibilities are platform (e.g. only Windows or everything but windows), kind of build, .NET generation, dynamic runtime, multithreaded, version of compiler and version of msil clr. It is also possible to specify custom conditions where a user defined variable has to have a certain value.