This is where you can configure the groups of your project. A group is a container for classes and has some additional options associated. There are five types of groups

To add a new group, choose the corresponding add group button or context menu entry and enter a name and location or choose from a list (for assemblies and libraries). 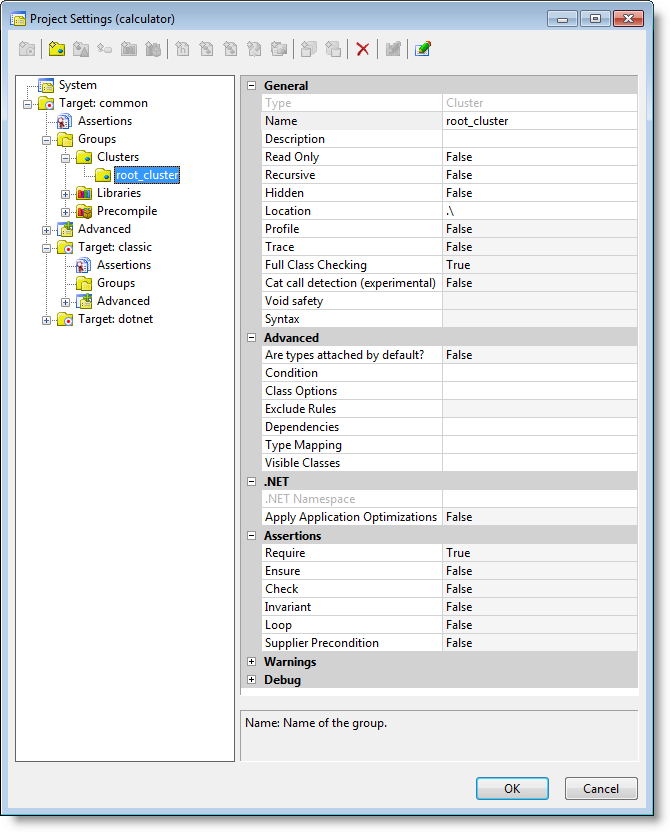 Clusters can be added as a sub clusters of other clusters, just select the parent cluster before adding the cluster.

If a library is not read only, the configuration can be directly edited by clicking on the edit library button.

It is possible (but not recommended) to specify an assembly only with GAC information. To do this set the location to none and specify:

There are multiple ways to resolve conflicts between different classes with the same name.

A class can be renamed with a renaming or a group can have a name prefix which will get added to every class. Outside of this group, the class can then be reached by the renamed name.

It is possible to specify which other groups will be searched if a class cannot be found in the current group.

If a feature needs to be reachable from CECIL, but the feature is not called from any Eiffel code, then it must be forced to be visible, otherwise it will be removed by the dead code optimizer. This is done by using the Visible Classes option. In addition it is also possible, but rarely necessary, to rename a class or a feature. In most cases it suffices to make a class completely visible and renaming is unnecessary. 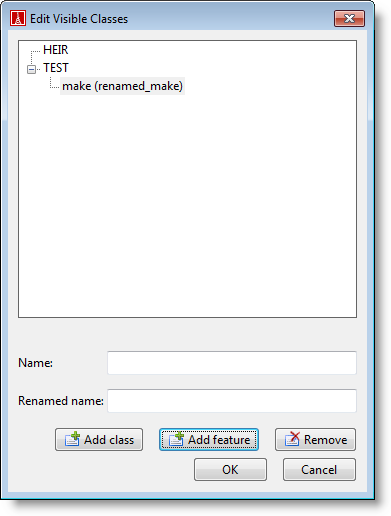 To make a class visible, enter the class name and press Add class. Optionally it is possible to specify a different name under which it is accessible. After a class has been added, it is possible to restrict the access to certain features only. To do this, enter the name of the feature (and optionally a renamed name), select the class it belongs to and click on Add feature.